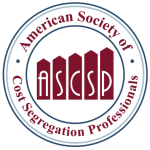 Mr. Miller has been with Duffy + Duffy since 2007. He joined as a Project Manager, in 2011 was  promoted to Vice-President, and in 2015 promoted to President.   Mr. Miller is a CPA, a Certified Member of The American Society of Cost Segregation Professionals (ASCSP), a Chartered Global Management Accountant (CGMA), and a Certified Government Financial Manager (CGFM). He has managed large scale commercial construction and public water purification and wastewater treatment plant utilities projects, as well as energy savings retrofit performance contracts. He has served on municipal planning and zoning boards, a tax incentive review committee, a historic preservation district design review board, and on an Ohio School Facilities Commission bond issue oversight committee. 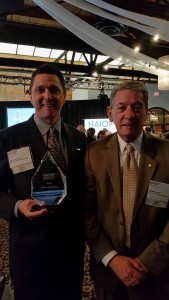 After having record sales in 2014, company founder and Chairman Dennis Duffy decided to turn the day-to-day operations over to Mr. Miller. “Craig Miller is one of the main reasons that our company has experienced unprecedented growth” said Mr. Duffy. “The Duffy + Duffy team has built a great business, and we are well-positioned to go further this year. I look forward to seeing what Craig can do as he expands into new markets I am confident he will lead the organization to new heights.”

Mr. Miller most recently held the role of Vice-President of Duffy + Duffy. During his 3+ years in this position, the company significantly improved its market position and performance by expanding its services into several new states. Additionally, he increased the amount of Continuing Education that is offered to CPA’s, and created educational coursework for Real Estate Agents as well. Mr. Miller is a gifted speaker, and he conducts frequent seminars in both Cost Segregation Studies and Energy Tax Deductions.

“I’m looking forward to this tremendous opportunity and responsibility in my new role as President of Duffy + Duffy, the leading provider of engineering-based cost segregation studies,” Miller said. “I will work with our dedicated team of engineers to further our Company’s market leadership and growth by bringing new levels of innovation, customer experience and value to the marketplace.”